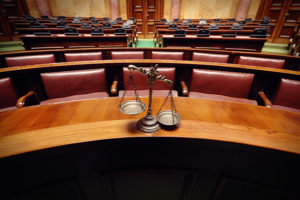 Mr. Latif is a Senior Associate at Sheikh and Dahir. He did his LLB from Quiad-e-Azam Law College in the year 2004. His area of specialization include civil and criminal litigation. He is also the standing counsel for SNGPL since the year 2010. Apart from supervising work in civil courts, he is mainly responsible for managing and contesting cases in High Courts.

Mr. Latif’s attention to detail and dedication towards a given proposition are what makes him a fantastic trial court lawyer in both civil and criminal matters. He has particularly undertaken considerable volume of work in property disputes, labor laws, environmental laws, industrial disputes, customs and income tax.

Prior to joining Sheikh & Dahir as an Associate, she held position as a Law Clerk/Research Associate to Honorable Justice Mr. Anwar Zaheer Jamali in the Supreme Court of Pakistan. During her clerkship she conducted and managed legal research on all aspects of the legal practice, pertaining to both original and appellate jurisdiction of the Court, with a special emphasis on fundamental rights, evolving jurisprudence, relationship between organs of the state, civil service matters, and corruption in public office.

Saniya Manzoor completed her LLB (Hons) from the University of London in 2013 and was subsequently awarded an LLM from the prestigious University College London (UCL) in 2015 holding specializations in areas of law such as Banking, Insurance, Contract, and Media. In addition to this, her dissertation delved into an exploration of nascent and evolving areas of media law which concern Internet service providers (ISP) and website operator’s liability in online defamation cases.

Since joining Sheikh and Dahir, she has been directly assisting the partners in conducting legal research, drafting and providing legal opinions on matters relating to cases concerning insurance, banking, media, defamation and human rights pending before different High Courts of the country, as well as the Supreme Court of Pakistan. In addition to this, Saniya is also a visiting lecturer teaching Company Law at The Institute of Legal Studies in Islamabad.

Irfan Ghani Ghumman is an associate at Sheikh  & Dahir. He did his LLB from Quiad-e-Azam Law College in the year 2012. He assists the senior counsels before the Superior Courts of Pakistan and personally appears before the subordinate courts and specialized tribunals. He has prepared case briefs, legal memoranda and opinions on various points of law concerning land, property, telecom and certain criminal matters.

He is also well experienced in land documentation, title issues, lease and tenancy matters. His remarkable rate of conducting civil litigation before the subordinate courts and tribunals is a reflection of his ability to plead cases effectively.

Abuzar Salman Khan Niazi is an associate at Sheikh & Dahir. He earned his BBA. Hons (Finance and Banking) from the Lahore School of Economics, LLB (Hons) from University of London and MSC in Political Science from University of Punjab.

Before joining Sheikh & Dahir he remained associated with one of the leading law firms of Pakistan i.e Akram Sheikh Law Associates for one year. He also remained associated with Haider Mota BNR and Co for five months. During his association with Akram Sheikh Law Associates, he assisted Mr. Muhammad Akram Sheikh, Senior Advocate Supreme Court of Pakistan in number of landmark constitutional, civil, banking, election and corporate cases.

Currently, he is an active member of the Firm’s litigation wing and is appearing in many important cases before various courts and tribunals. He regularly publishes articles in the leading newspapers of Pakistan.

Shehzal Khan Burki is an associate at Sheikh & Dahir. He completed his L.L.B from University of London in the year 2015 and since then has been involved in handing civil litigation.

At present he is youngest member of the firm’s litigation wing and is also heading the research department of the firm.